this halloween in kekionga

You know that guy who lives in the double house down in the middle of the block on Shakespeare Street?  The really tall guy who fixes up antique radios?  He does shows at the library sometimes, where he brings in one of his radios and plays all kinds of crackly old programs; they’re like stories acted out with sound effects and music and they’re quite  interesting. 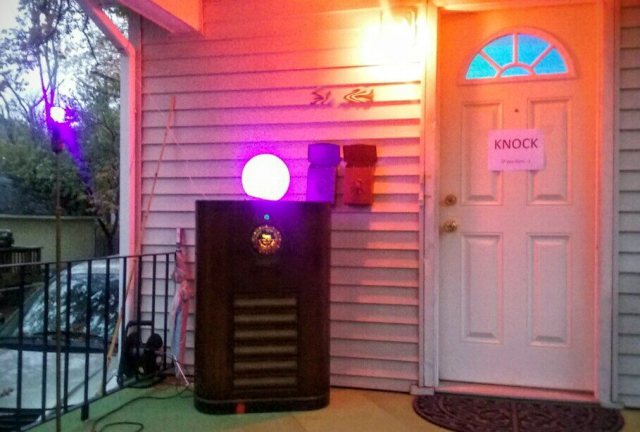 His house is always a good one to visit on Halloween.  This year he had one of his radios playing on the porch with a purplish light on top of it, and a purple light in his street light.  It was a really simple style compared to the elaborate setups his neighbors had, with pull-apart giant spider webs and and fake tombstones and about a million plastic skeletons, but that made it even creepier.  And the darker it got, the creepier it was.

Instead of one of the horror story programs he’d played this week at the library, the radio was playing some really weird music, sort of spooky and delicate at the same time.  Nina said it sounded like old Victorian china dolls dancing in black lace dresses, and Mr. Spit made her shut up because the image in his head was creeping him out.

When we knocked (that’s what the sign said to do), he did that thing with making a face in a colored light that some grownups do and even though you are half expecting it, it always makes you jump.

But he gave out some awesome treats, peanut butter Snickers and Twixes and mini bags of Fritos and Doritos,  so we were OK with it. 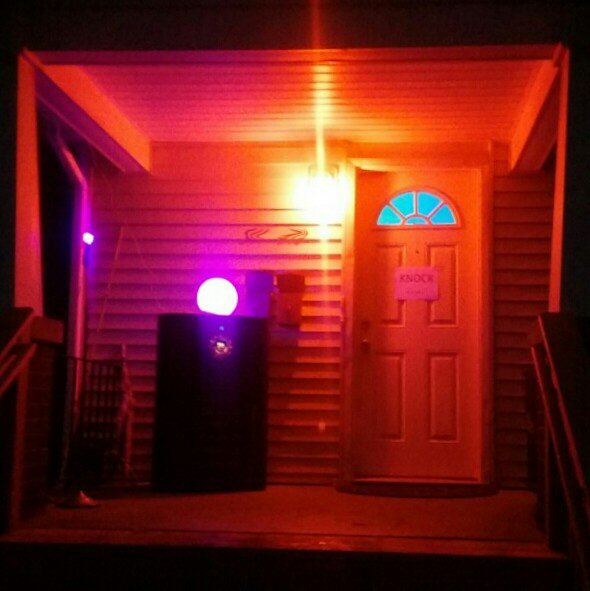 So Happy Halloween from the Old Radio Guy’s front porch, right here in Kekionga.  It’s all the way dark now, and everything’s all purple and orange and amazing.  Nina and Murphy and Pounce are dancing on the sidewalk to the spooky doll music, and the rest of us are eating Doritos.

(Thanks to regular reader Wolfie, the real Old Radio Guy.  He just started texting me pictures earlier tonight and this sort of happened.  I edited the photographs and wrote the story, but it’s all his fault. He’s Kekionga canon now …)

4 Responses to this halloween in kekionga