internet picture of the day: a writer’s girlhood 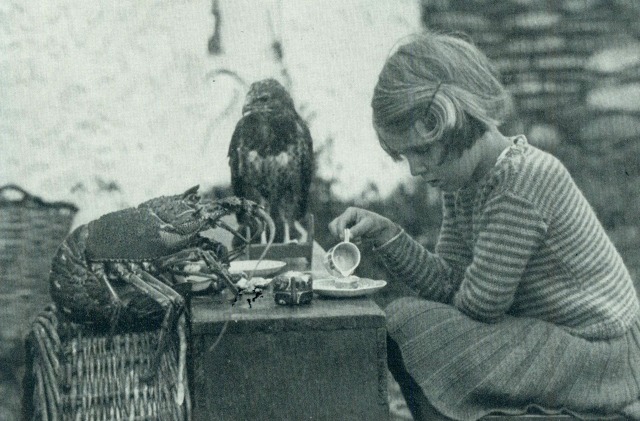 A friend sent me this picture a little while ago. I’d actually seen it before; it’s been circulating around the internet for a while. It’s always been a favorite of mine.

My friend suggested that this photograph depicts a Conference of Land, Sea and Air, and I like the idea of three mighty realms being ruled by the entities or personifications or something at this table.

But to me, it’s always been a picture of every girl character created by a woman writer who dabbles (or swims) in the fantastic. Inside all of us is a little girl with a big imagination, one who might populate her tea parties with more than the typical puppies, kittens, and teddy bears.

In Kekionga’s recent past, Little Iowa is always having tea with a coelacanth and a jet black rooster, with her hair in the same French bob.

(Addendum: Alert reader Kim sends a link to the article where this wonderful photograph originally appeared.  Click here to read about the island of Skokholm in an old issue of National Geographic.  Thank you, Kim!)

5 Responses to internet picture of the day: a writer’s girlhood