It’s no secret around here that we love the football.  Not the American gridiron kind that’s becoming more and more problematic to support with every year that passes, but the original kind as played by folks in short pants and no armor. “Association Football” as the Wikipedia calls it.

Longtime readers of this blog can trace my growing interest in the Beautiful Game from my regular (and popular) series of updates from the last World Cup. After that, I didn’t want to wait another 4 years to watch more football. Then there were the big international tournaments and the Olympic tournament, and then last fall I sorta gave up and started following the English Premier League*.  I guess I’m doomed now.

One of the things I like best about the football is football talk, the clever commentary from old English football experts who  know pretty much everything about the game and its history and are charmingly prone to wordplay and lavish streaks of minor rhetoric.  There’s a whole “football talk” notebook on the coffee table full of scraps of transcript.  Here’s a couple from yesterday’s ‘game between Tottenham Hotspur and Stoke City. (Final score, Tottenham 4, Stoke City nil.)

(As the game begins): “Tottenham has tottered; Stoke, no doubt, will be stout and stubborn.”

(As Harry Kane scores the second goal of an eventual hat trick, his second in eight days and third in nine games): “Unerringly accurate–as sweetly struck as he could have wished for.” 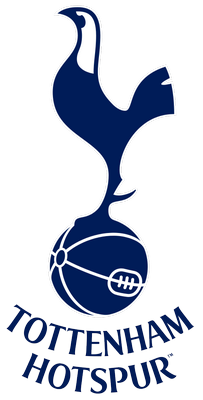 Come on, you Spurs.

*My EPL dawgs are Chelsea, Everton, and Hotspur, if you are scoring at home.  I also support Sheffield Wednesday in the Championship.

This entry was posted in art and culture, other stuff and tagged history and culture, sports, words. Bookmark the permalink.