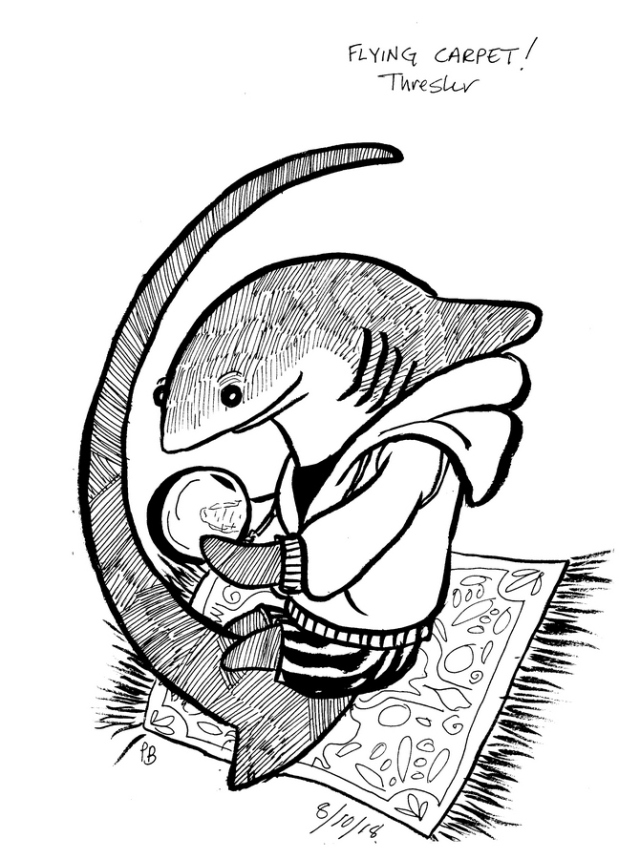 Thresher explores his mystical side while riding on a flying carpet and consulting his crystal orb.  None of this stuff is likely to end up in the finished comic (not that I know what form that is going to take), but a pajama shark has an imagination just like everybody else. I just sketched Thresher sitting down, and it looked like he was looking down at something he was holding in his “hands”.  As usual I blocked the undetermined object with a rough circle, and, well, the rest of it sort of happened.

I’m proud of the pose in this one.  Not only does he appear to be sitting down in a cartoon-realistic way, but you can see both his eyes in a three-quarters shot of his face.  Friendly sharks are so hard to draw.

This entry was posted in art and culture, comics and cartooning, writing and tagged drawing, drawing of the day, sharks, the creative process, writing. Bookmark the permalink.