I’ve been having trouble with a comic about the Moon.  It’s for an anthology with that theme, and you would think that any cartoonist with a major werewolf character would have no trouble writing about the companion planet. (The Professor’s lupine alter ego is called the Mighty Moondog, for the Moon’s sake.)

But instead I ended up with another in my Articles from Strange Publications series, and there was something horribly wrong with it.  I had a brainwave this week while sitting in the chair at the eye doctors while waiting for my pupils to dilate.  What this story needs is a narrator.  A narrator who is a werewolf.  And who isn’t the Professor.  Or his nemesis, Cassandra Wolfe.  Maybe it could be a kid.  A girl. A girl werewolf.  In keeping with my  Corny Naming Program for Werewolves, she’s named Lupita. And she’s wolf and proud, into werewolf lore and customs, a junior editor at WikiWolf– she’s Wolf Cub Lupita! 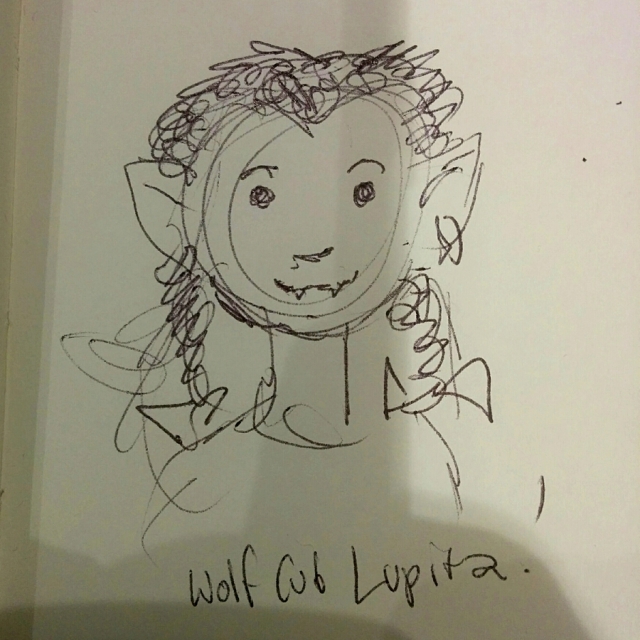 I did this little drawing of her in my pocket notebook at lunch after my eyes returned to normal.  (Ballpoint pen on Moleskine notebook paper.) 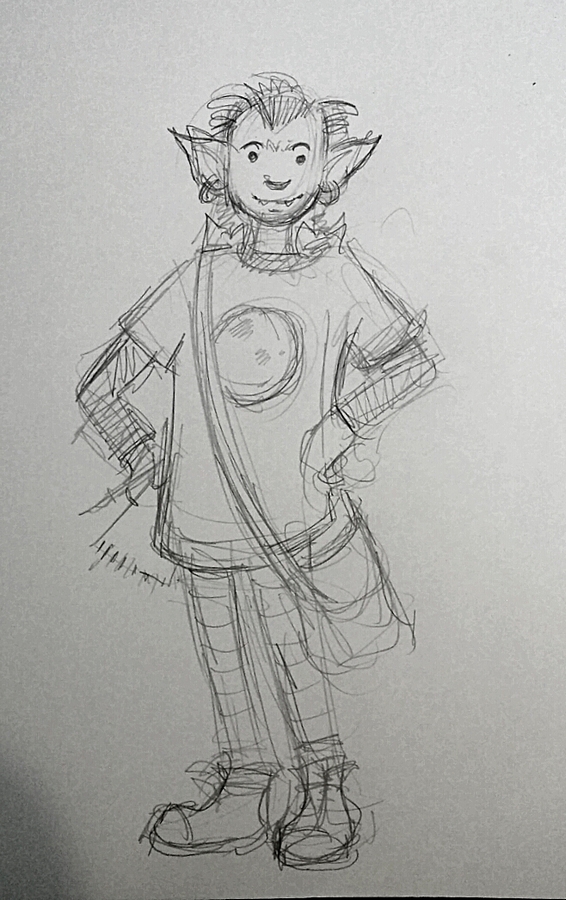 And here is a more or less final version of Wolf Cub Lupita’s character design, ready and willing to costar with a Giant Lunar Hare in the story about the Moon.  The first image is the pencils, the second the finished inked drawing.  (2H pencil, various TWSBI fountain pens, and the dreaded Pentel Color Brush EF on the cheap paper of the Emergency Backup Drawing of the Day sketchbook*.) 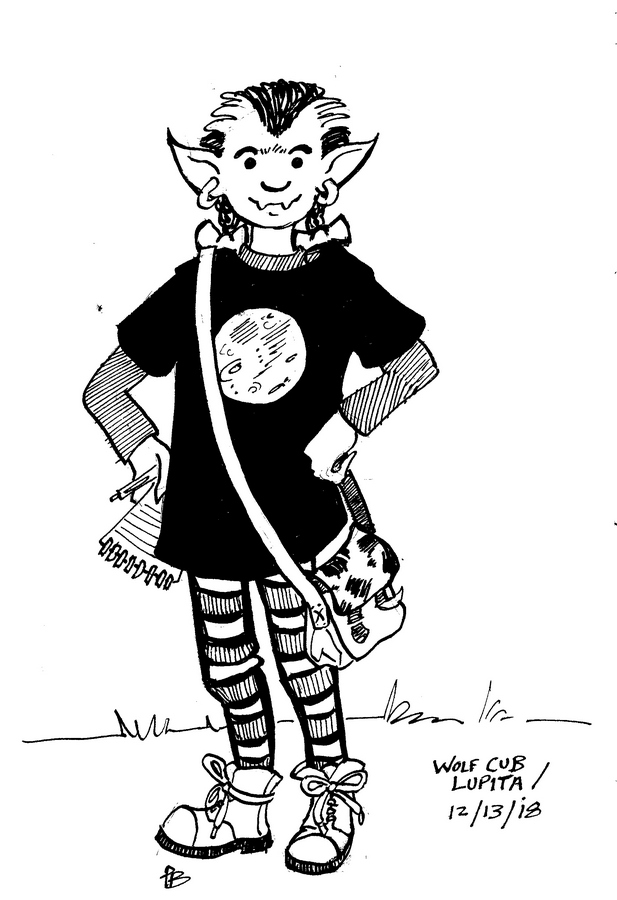 *Anybody who knows where I put those four (four!) brand new good sketchbooks I bought on sale last fall, please let me know.  They are conspicuously absent from the box where I keep the spare sketchbooks for the drawing of the day project.

This entry was posted in art and culture, comics and cartooning, writing and tagged drawing, drawing of the day, the creative process, werewolves, writing. Bookmark the permalink.