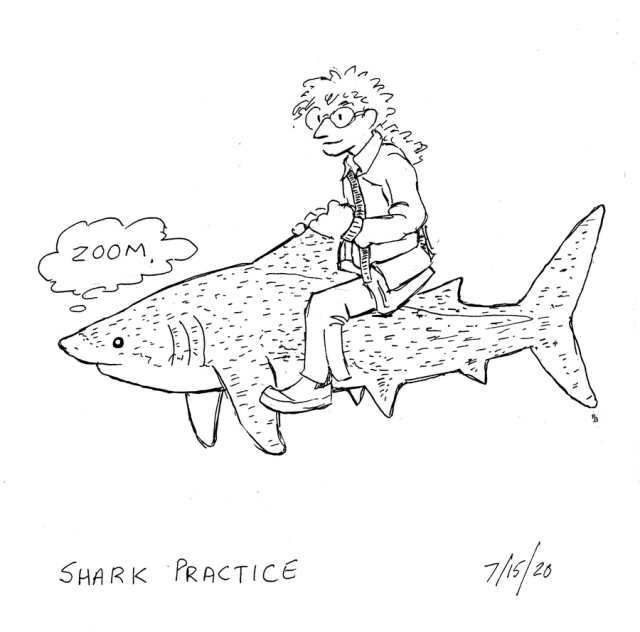 Over the last few troubling years I have been finding a weird kind of comfort in the company of the Friendly Shark.  It probably started with the Friendly Shark characters in other peoples’ comics, and with my own giant IKEA shark plushie and his loyal, undemanding companionship in the studio.  Sharks have been getting Friendlier in real world popular culture as well, with “Shark Week” style documentaries turning away from the lurid, bloody “shark attack” genre toward mellower natural histories, searches for rare species and explorations of shark personalities and habits.  Peaceful video encounters with the mightiest sharks are the epic payoff scenes. 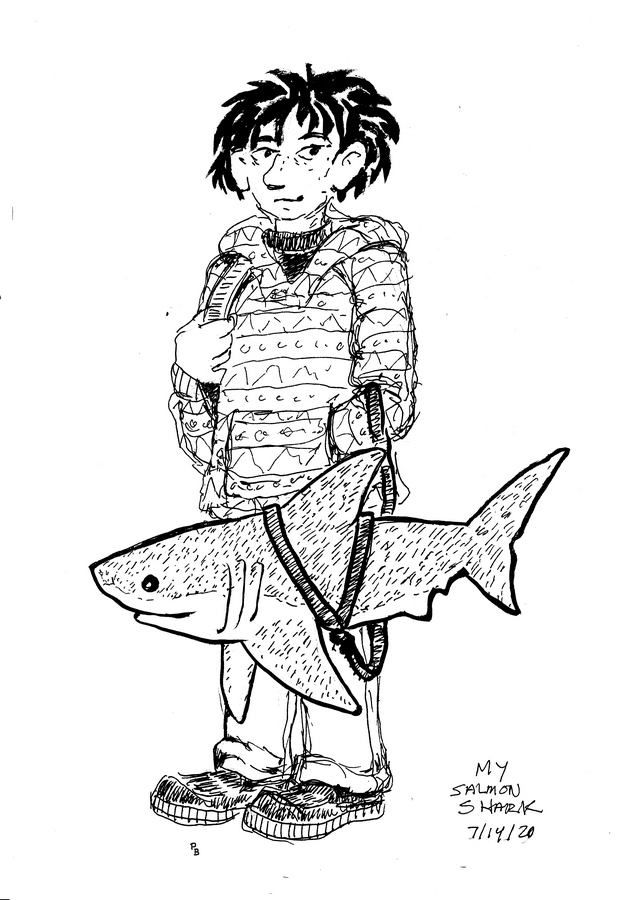 It’s no surprise that more and more Friendly Sharks are appearing in my sketchbooks.  Salmon sharks in particular interest me since they look like very small Great Whites (which of course are the “sharkiest” sharks) so they fit in better with other characters.  Note that I do know that “very small” is comparative– real world Salmon sharks are six to eight or nine feet long and can weight up to 600 pounds, which is probably large enough to ride if they happened to be through the air.  They are not small enough to float through the air while behaving nicely on a leash.  That is purely a Friendly Shark fantasy.

I actually worked pretty hard on the harness design for the pet shark.  I decided that these little guys are as likely to float higher as they are to bolt forward, so it made sense to put the leash connector underneath.  This allowed the use of a simple double loop harness  passing on either side of the mighty dorsal fin.

These are the things Friendly Shark cartoonists think about.

This entry was posted in comics and cartooning, writing and tagged drawing, drawing of the day, essay, sharks, writing. Bookmark the permalink.